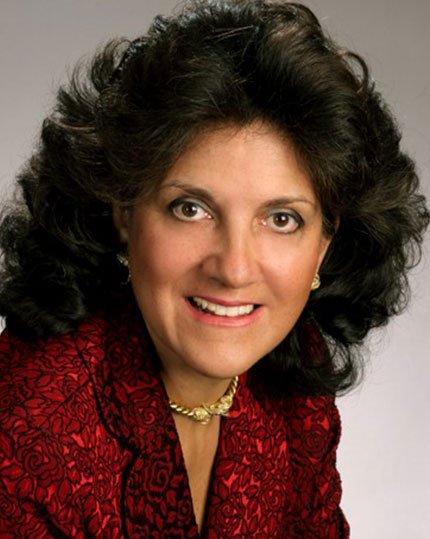 Participating as a member of Musicfor for nearly a decade, Renée has donated her time as a part of its presentations throughout the Americas, and is proud to lead the new Musicfor America team and its Board of Directors.
Renée brings to her position as a founder of Musicfor America decades of experience as founding Executive Director of South Florida’s Symphony of the Americas, as well as having gained worldwide recognition as a pianist for her orchestral performances and recitals throughout Europe, Asia and the Americas.

As Executive Director, she managed the Symphony’s annual concert series as well as Summerfest, an annual performance tour of Florida and the Americas which she co-founded, featuring a major foreign chamber orchestra in residence joined by Symphony musicians.  Festival performances have taken place in nearly every country of Central America, South America and the Caribbean, over its 30-year history. For these cultural exchanges, she received recognition from the President and Congress of the US, Guatemala, Panama, El Salvador, and Florida’s Secretary of State.

Her unique perspective and wealth of experience has developed in music of multiple genres throughout her career. She has enjoyed access to living composers and talented artists, working extensively with them in directing presentations, commissions and workshops.

From the Symphony’s inception in 1987 until 2020, Renée served as the orchestral concert pianist with the Symphony in its performance home at the Broward Center for the Performing Arts.  Additionally, she has served on the faculties of Florida Atlantic University and Broward Community College, frequently sits on Grant Review Panels for the Florida Division of Cultural Affairs, Funding Arts Broward (FAB!), and often adjudicates student exams for the Florida State Music Teachers Association. Her early studies were at the Wisconsin College/Conservatory of Music, with William Harms of the Curtis Institute, and Gerald Snyder of the Cleveland Institute. She holds a teaching degree, received under full scholarship from the St. Louis Institute of Music and a degree in Fine Arts from Florida Atlantic University.

Ordained with honor into the Order of St. John of Jerusalem, Knights Hospitaller (Malta), Renée was inducted in recognition of her dedicated service to humanity. She joins 1,200 knights and dames in their work throughout the world. Dating back to the crusades, it is one of the oldest orders of Chivalry in existence today, revered for its countless works of mercy and charity by its members.

Renée was recently chosen to spearhead a cultural exchange project to mentor the Don Bosco Youth Orchestra in El Salvador.  Chosen in a grant from the US Embassy in El Salvador, this project,  “Amistad en Accion” (Friendship in Action)  involved Symphony of the Americas musicians traveling to El Salvador on several occasions for one-on-one coaching of youth orchestra musicians on all instruments.  Side-by-side full orchestral rehearsals and concerts with students and professional SOA musicians throughout the Country featured a first-time exposure of these students to music of American pops and Broadway composers. The success of this pilot project partnership with the Embassy and USAID made a remarkable difference with youth who live in a country facing multiple challenges.

Renée was instrumental in the production of Seasons of Change, an international PBS arts documentary filmed on location in Budapest featuring the Hungarian Virtuosi, and has produced, performed, or appeared as a soloist on over 30 compact discs.  Listed in the World Who’s Who of Women, Renée was also voted Woman of the Year by Women in Communications, and received the Florida Grand Opera’s “DIVA Impressario” Award. She is President Emerita of the Broward Cultural Foundation.

As a professional pianist, Renée maintains a piano studio, where private instruction is offered for all ages and skill levels from early learning to concert performance coaching. Her students have received numerous awards and scholarships.