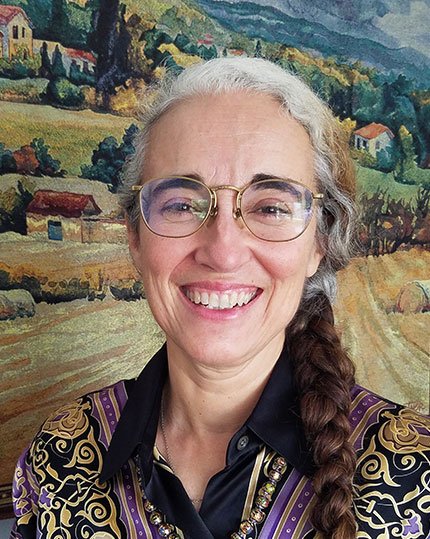 Judith Lavori Keiser, a member of MusicFor America’s Board of Directors, has lived in South Florida for over thirty years.  She moved to South Florida in 1988 from New York, where she was born and raised.

After earning a bachelor’s degree in Italian literature from Bryn Mawr College, Judy obtained a joint JD/MBA degree from Pace University in New York.  She spent two years as an associate at a Wall Street law firm.  Then she met a Bryn Mawr alumna’s brother on a blind date, moved to Florida, and married him – all in the space of eight months!  Thirty-three years and one child later, they are still very happy together.

Judy’s love for the arts is long-standing, as is her participation in arts organizations.  Judy has sung since she was young, playing Maria in West Side Story in high school and forming, conducting, and singing in a madrigal group in college.  She plays piano, clarinet, and ukulele, attending National Music Camp in Interlochen, Michigan for three summers.  Even during law school and her first years of legal practice in New York, Judy incorporated music into her life, singing at Lincoln Center with the Dessoff Choirs, and at Carnegie Hall with the Oratorio Society of New York.

When Judy moved to Fort Lauderdale, she immediately joined the chorus of the Sinfonia Virtuosi & Chorus of Florida, a groundbreaking partnership between an orchestral conductor and a choral conductor.  She became president of the chorus, and then later legal counsel to the organization.  With the departure of the choral conductor, the organization revised its name and structure, becoming Symphony of the Americas.  Judy remained involved with the Symphony for over twenty years, as legal counsel, Chief Operating Officer, volunteer, and audience member.

Judy continues to pursue her artistic interests.  She won second prize in a Fort Lauderdale story slam and has had stories published in both the Chicken Soup for the Soul series (Thanks to My Mom, 2015) and an anthology of stories of kindness (You Can Never Go Wrong by Being Kind, 2017).  She also contributes to a magazine for families produced by the Children’s Services Council of Broward County.  .   She is honored to support MusicFor America’s mission of connecting people and improving lives through the arts, which are so important to her.

In addition to the arts, Judy is passionate about improving the world and connecting with people from every culture and faith.  The September 11th tragedy led her to establish The Culture Company, a provider of multicultural peacemaking programs for children.  Judy teaches “peace thru play” by providing her Culture Camp curricula to summer camps, after-school programs, and Sunday schools.  “Culture Campers” around the United States and in Europe practice the peacemaking skills of communication, cooperation, and connection.  Judy and Jeff have traveled widely in Europe and the Americas with their son and their extended families and enjoys collecting artifacts from world cultures to supplement Culture Camp.

Judy is also a board member of JAM & ALL Interfaith, established after 9/11 in South Florida by an imam and a descendant of Holocaust survivors to bring people of different faiths together.  Judy is active in interfaith arts events, conferences, and roundtables for JAM & ALL. In addition, as a member of the Unitarian Universalist Fellowship of Boca Raton, she presents peacemaking workshops at regional and national UU conferences.  She is currently working on a series, Preparation Pearls, nonfiction essays to help people prepare for life’s transitions, from choosing a mate to leaving a legacy.   Judy can be reached at info@peacethruplay.com or through her website, www.peacethruplay.com.